August 10 – 16 at the Film Society of Lincoln Center

The Film Society is showing a week’s worth of pixelvision with work by me (Cecilia Dougherty) as well as Michael Almereyda, Peggy Ahwesh, Joe Gibbons, and Eric Saks, and others. The show is curated by Thomas Beard.

here’s a link to the film society page for info:

My two videos that were part of the first iteration of this giant exhibition about Bay Area artists – Gay Tape: Butch and Femme and Leslie (about the writer Leslie Scalapino) are also in the second part of the exhibition.

From the Way Bay 2 website: The second iteration of an innovatively organized exhibition of art, film, performance, poetry, and archival materials, Way Bay 2 continues our wide-ranging exploration of the creative energies that have emerged from the San Francisco Bay Area over two centuries. The exhibition features almost two hundred works by Bay Area artists and others whose work engages directly with the region’s geographic and cultural landscape. Dozens of works not seen in the first iteration of the exhibition are on view, including pieces by Rosie Lee Tompkins, Jay DeFeo, Larry Sultan, Frank Moore, Sadie Barnette, Ajit Chauhan, Nicole Phungrasamee Fein, Conrad Ruiz, Michelle Vignes, and Lewis Watts as well as films by Jordan Belson, Lawrence Jordan, Lynne Sachs, and Chick Strand.

Ranging in historical scope from the early nineteenth century to the present, the exhibition explores the enduring themes and powerful artistic voices that have emerged from the Bay Area across times and cultures, highlighting transhistorical affinities among the many artists, filmmakers, authors, and other creative practitioners who have drawn inspiration from the region’s distinctive character. Rather than a conventional historical survey, Way Bay 2 is an open-ended and provocative attempt to reveal hidden currents and connections among works from disparate times, cultures, and communities.

Continuous film screenings in the galleries showcase the Bay Area’s rich history as an incubator for avant-garde and experimental cinema, beginning with a silent film that captures life on the streets of San Francisco just days before the 1906 earthquake destroyed much of the city. The exhibition also includes highlights from BAMPFA’s extensive archive of video and audio recordings of Bay Area artists.

A section of the exhibition is devoted to poetry by Bay Area writers, presented through an original, interactive postcard project. A series of performances and other programs, including readings by local poets and participatory workshops in the museum’s Art Lab, complements the exhibition.

In addition to works from BAMPFA’s collection, including a number of recent acquisitions on display for the first time, Way Bay 2 includes exceptional paintings, prints, photographs, and other works from UC Berkeley’s Bancroft Library and Hearst Museum of Anthropology. 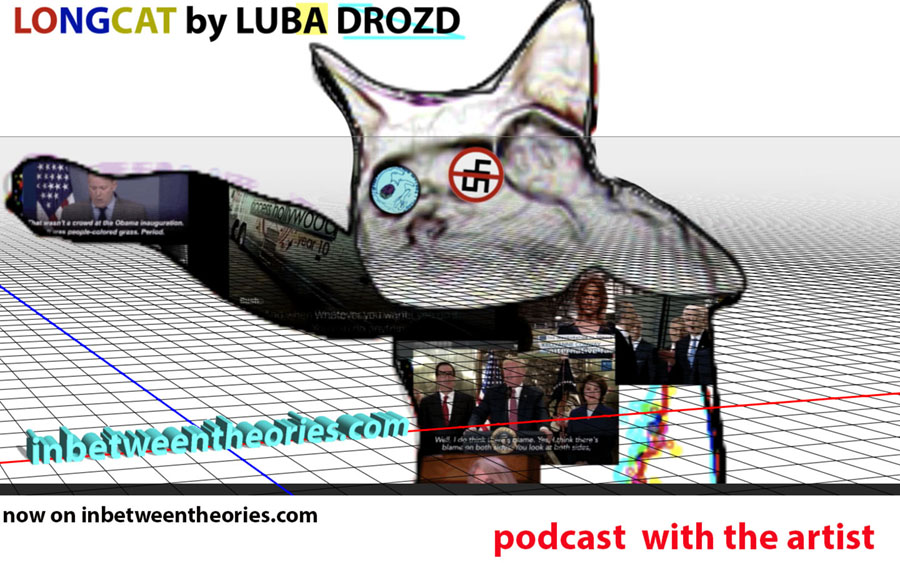 Current exhibition at the Berkeley Art Museum Pacific Film Archive (BAMPFA) includes my work, Gay Tape: Butch and Femme (1985), which I made as an undergrad at UC Berkeley, and Leslie (1998), a portrait of writer Leslie Scalapino, in a new BAMPFA exhibition, Way Bay, that will open in January 2018. Way Bay–which is co-curated by Lawrence Rinder, Kathy Geritz, and David Wilson, with Jon Shibata and Matthew Coleman–”will be one of the most expansive exhibitions of art from and about the Bay Area in recent memory.” You can read more about Way Bay by visiting the BAM/PFA website.