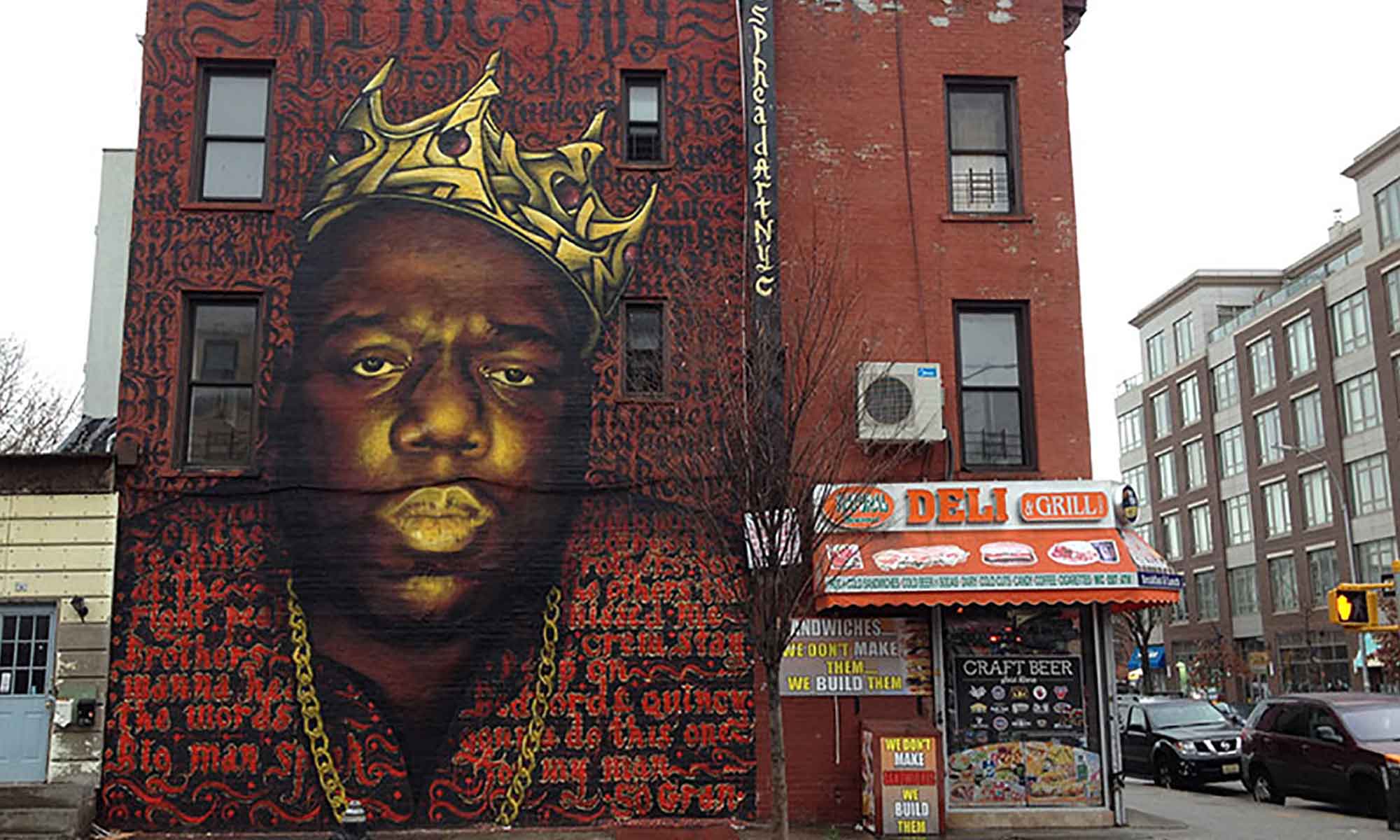 The image above is of a 3-story mural of Biggie Small at 1091 Bedford Avenue in Brooklyn. This mural is astonishing in its height, boldness, beauty, and in its Bed-Stuy setting. It was going to be painted over but has been saved. A story about it here.

I’ve been a video artist for years but I had already been a painter for a number of years when I began working in video. I’m also a photographer, an anti-theorist and a writer. My films/videos have screened in many kinds of venues, internationally, and I’ve participated in a lot of film festivals and gallery shows.

As far as video goes, I love the medium and it has brought me closer and closer to storytelling. What I love about it are not necessarily the things that people consider the handy aspects of it: you can see what you’ve shot, immediately, you can edit and re-edit without too much risk of losing or wrecking your footage, you can add tons of effects etc. But those are not what I love about video. What I love are the colors and textures video will show you. I love the sharpness and brilliance of reds and blues, and the harshness of straight-edged shadows. I also love the friendliness and lack of mystery of video’s presence at any scene. The invitation it brings to perform. Video invites the young to invent themselves and invites seasoned artists to frame the world with new eyes.

Originally I made work about lesbian oppression, lesbian subjectivity, about community. My videos explored and experimented with lesbian sexual representation as well.

My videos are housed at the Pacific Film Archive in Berkeley and The Video Data Bank in Chicago is my distributor.

Writing is important to me as well. None of my work is about expressing myself and all of it is about a drive to document and to experiment. All of it is about observation. I have written and published stories and book chapters; I have written fiction, art criticism, poetry, interviews, reviews, and commentary. In 2013, my book, called The Irreducible I: Space, Place, Authenticity, and Change, was published by Atropos Press, which was associated at the time with the European Graduate School, where I earned a PhD in Media Philosophy. The book is based on my doctoral dissertation and writing it pushed me into areas of artmaking that include coding and web-based artworks. Writing The Irreducible I also pushed me out of theoretical thinking and into looking at situations and circumstances of naturally forming connectivities and the pathways, via connectivity, to social change.

I take photographs as a daily practice and my photographs are like visual note-taking on the environment I’m walking through. Notes on the city, the seasons, people in transit, and on architecture. Themes emerge with photography that don’t emerge in video: irony, empathy, the passage of time, and the transitory nature of the physical world – everything is always in transit.

I teach film/video production and editing in the Media Culture Department at the College of Staten Island, CUNY and screenwriting and narrative development at The Pratt Institute. 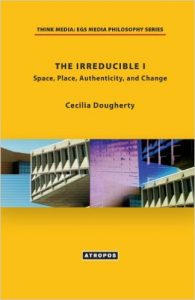 You can read a selection from The Irreducible I here.

The Irreducible I: Space, Place, Authenticity, and Change by Cecilia Dougherty, Atropos Press, 2013. Available in KINDLE version as well.